Summer is my favorite time of the year. The kids are out of school and that means days outside soaking up the sunshine, dinners cooked on the grill, and 4th of July festivities! Growing up, the 4th of July was always something I looked forward to. We would have lots of family and friends over and I would get to spend the day playing in the yard with my cousins while my dad and his friends manned the grill cooking up all sorts of awesome food for everyone. It was a long day full of fun that ended with all of us sitting on blankets in the front yard watching fireworks and drinking A&W Root Beer Floats.

This post was sponsored by A&W Root Beer. All thoughts and opinions are own own.

Now that I have kids of my own I’m doing my best to keep the tradition alive. I invite everyone over and we grill out and make root beer floats with A&W Root Beer  while we watch the fireworks from the front yard. My kids love it as much as I did and we have just as much fun getting ready for the party as we do on the big night. This they are so excited about the new 4th of July blanket we made together and my brilliant idea for easy Ice Cream Popsicle Root Beer Floats. 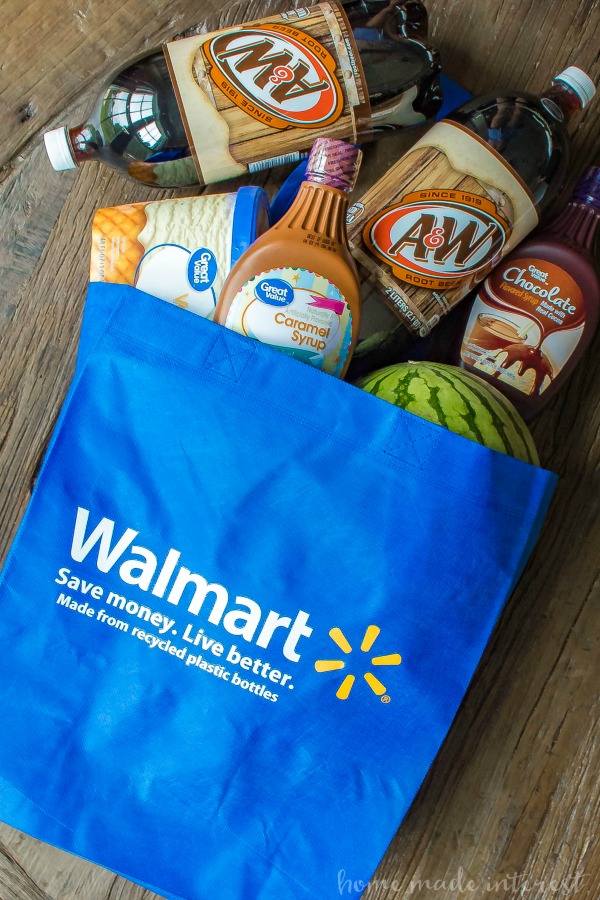 I have so many memories from my childhood of A&W Root Beer Floats. There is nothing better than a couple of scoops of creamy vanilla ice cream covered with delicious A&W Root Beer. They were a favorite dessert of mine when I was a kid (not gonna lie still love them as an adult!) and my kids are no different. This year on 4th of July I’m putting my own spin on the traditional root beer float. The ingredients are the same (with a few fun additions) but instead of having to scoop out the ice cream for everyone I’m making vanilla and chocolate ice cream popsicles that can be dropped right into your A&W Root Beer for an instant root beer float! 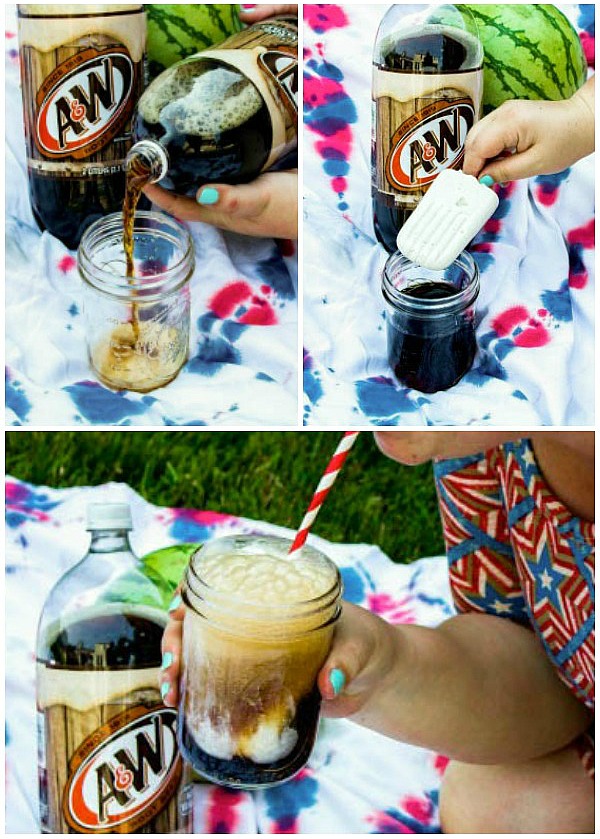 I was able to find everything I needed to make them at Walmart for a great price. Vanilla ice cream, chocolate ice cream, 2 liter bottles of A&W Root Beer, chocolate and caramel syrup, & straws were all that I needed for this simple recipe. When I got home I let the ice cream thaw enough that I could put it into popsicle molds and then, instead of sticks, I put a straw into each mold. After freezing overnight (or at least 5 hours) the ice cream popsicles are ready. When it’s time to make root beer floats everyone will get a mason jar filled with A&W Root Beer, because seriously a root beer float just isn’t the same without A&W, and then they can just drop the ice cream popsicle into the root beer and boom, instant root beer float. Bonus, as the ice cream melts they can drink the float through the straw that was the popsicle “stick”! 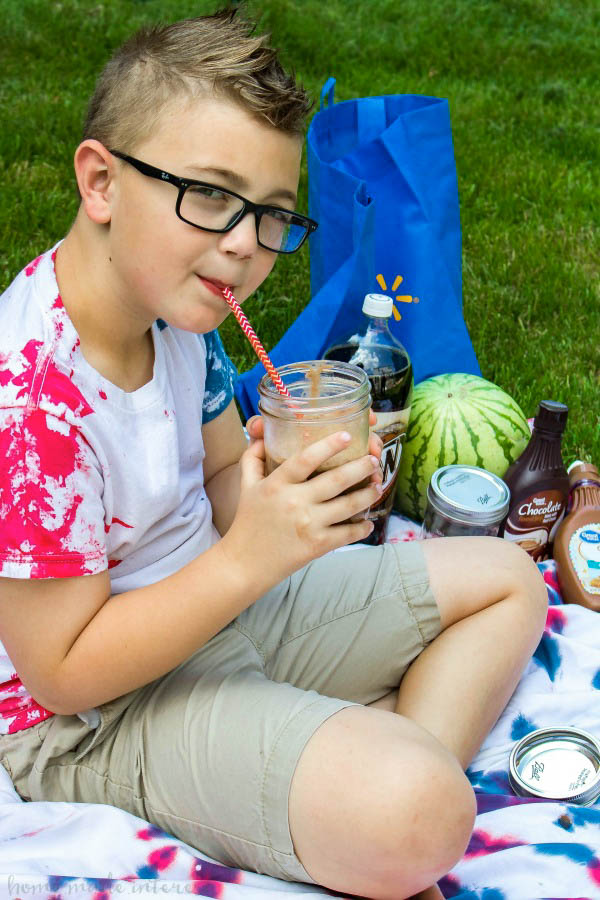 The kids and I have already given the Ice Cream Popsicle Root Beer Floats a test run and they were awesome! The only problem was trying to resist eating the popsicles before they made it into the A&W Root Beer ;). For those who want to take their root beer float to the next level I’ve even got Great Value Chocolate Syrup and Great Value Caramel Syrup that they can add to the mason jars along with their A&W Root Beer and ice cream. 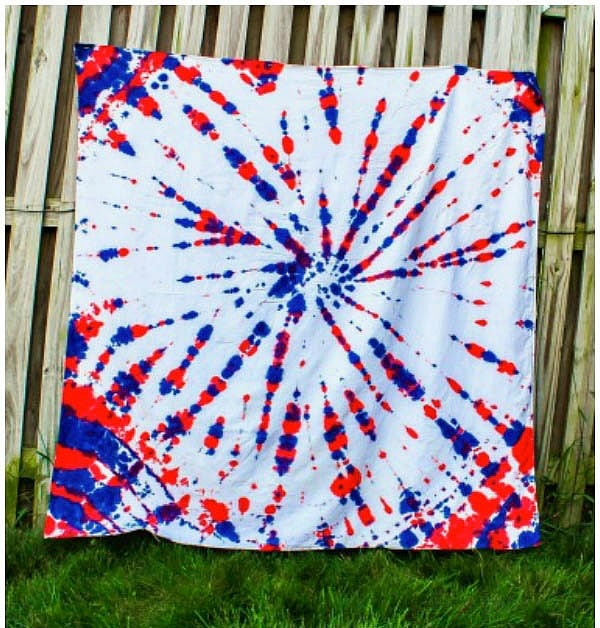 There is nothing more fun than a picnic during the summer and on the 4th of July you have to have a big blanket to sit on while you watch the fireworks so one of our summer fun projects has been making this awesome patriotic tie-dye blanket for our 4th of July party.  I grabbed some tie-dye at the store and I found an old white tablecloth that had a few stains on it and the kids and I spent an afternoon  turning it into a red, white, and blue picnic blanket. The kids were totally fascinated by the process and they are so excited to show it off at our 4th of July picnic. 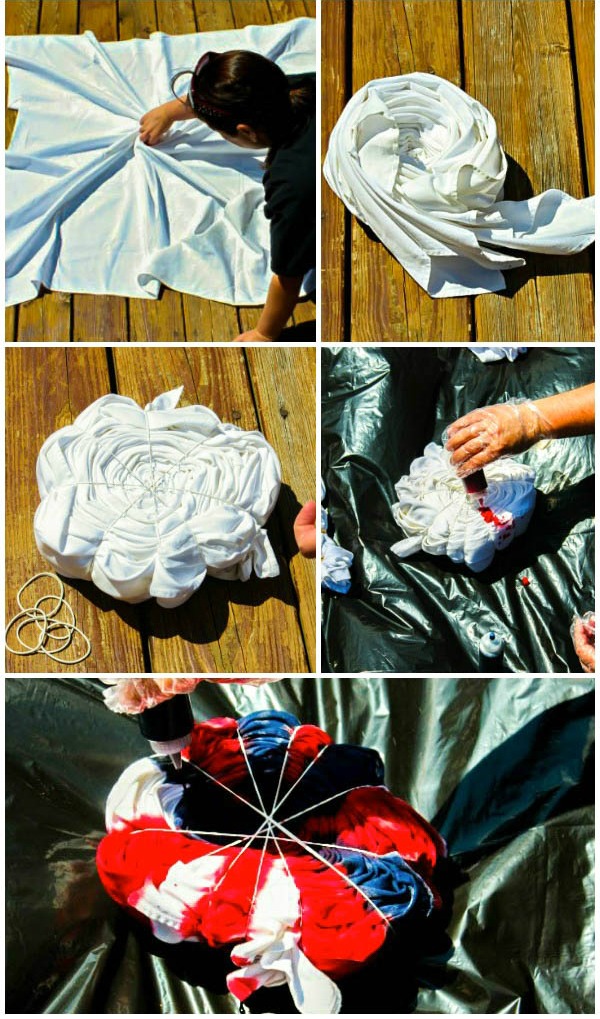 The whole process was pretty easy. We laid the tablecloth down and grabbed a bit of the fabric in the center and began twisting, curling the tablecloth up into a spiral. Then we wrapped it with rubber bands creating several wedge shaped sections. You can create as few or as many sections as you’d like. We used 6 large rubber bands which gave us 12 sections to color. I mixed up the dye and we then squirted it onto the fabric saturating each wedge with a different color. Then we left a couple of spaces white since we were doing red, white, and blue.

I let the tablecloth sit overnight and the next day I unwrapped it and washed it twice to remove any excess dye. What we ended up with was an awesome red, white, and blue tablecloth that will be perfect for Memorial Day, 4th of July, and Labor Day parties!

These quick and easy Ice Cream Popsicle Root Beer Floats are a must for any summer picnic! 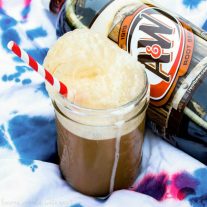 Serving: 1float, Calories: 210kcal, Carbohydrates: 36g, Protein: 3g, Fat: 4g, Cholesterol: 20mg, Sodium: 66mg, Sugar: 35g, Vitamin A: 200IU, Calcium: 80mg
Nutrition Disclaimer: We are not certified nutritionists. Nutrition facts are an estimate and are provided as a courtesy. They are generated by an online API which recognizes ingredient names and amounts and makes calculations based on the serving size. Results may vary.
Author: Kat Jeter & Melinda Caldwell
Course: Dessert 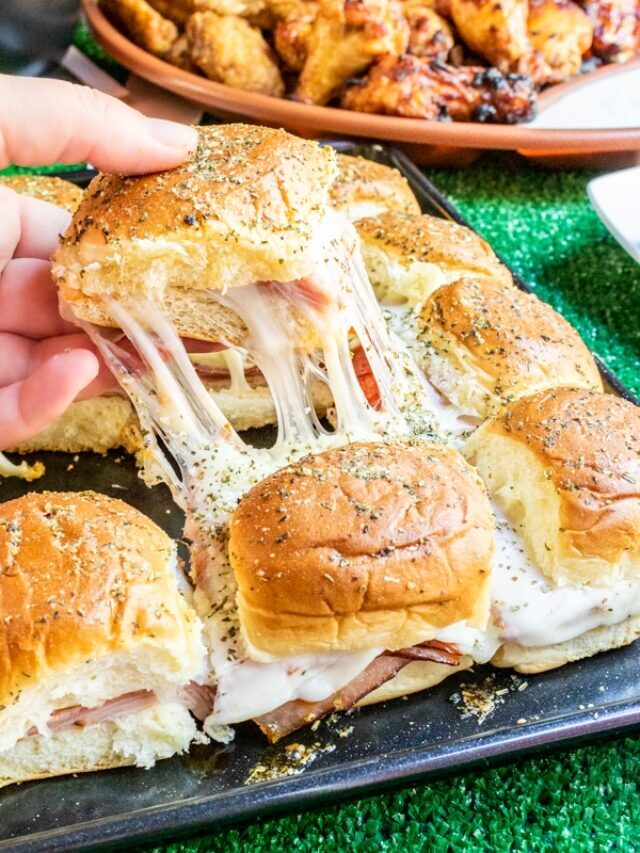