This shop has been compensated by Collective Bias, Inc. and its advertiser. All opinions are mine alone. #KidsChoiceDrink #CollectiveBias 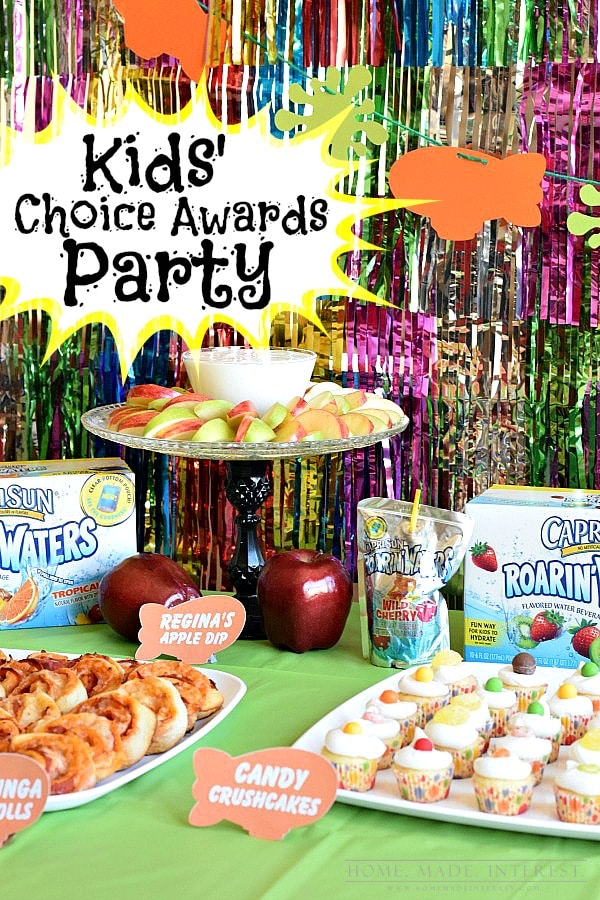 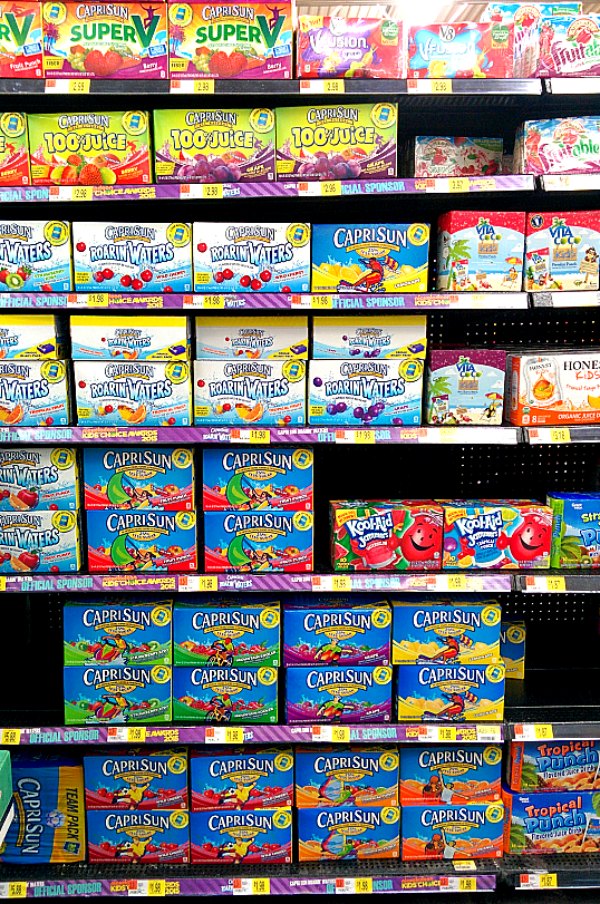 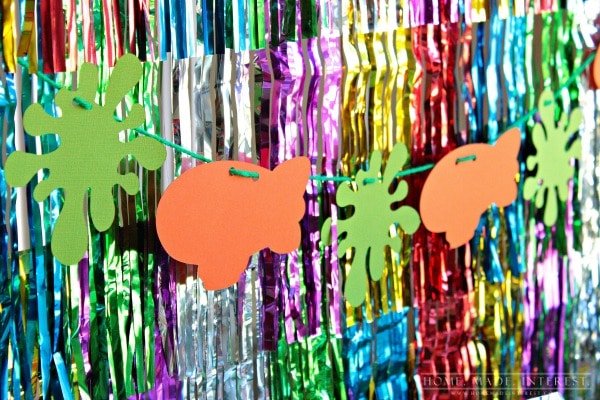 I glammed up the food table with a shimmery foil curtain and a Nickelodeon banner that Kat and I cut out of scrapbook paper. 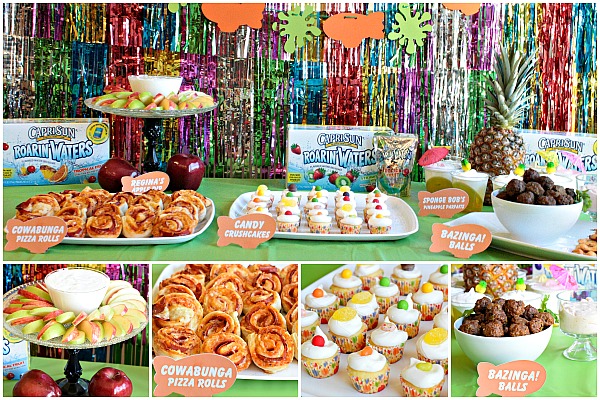 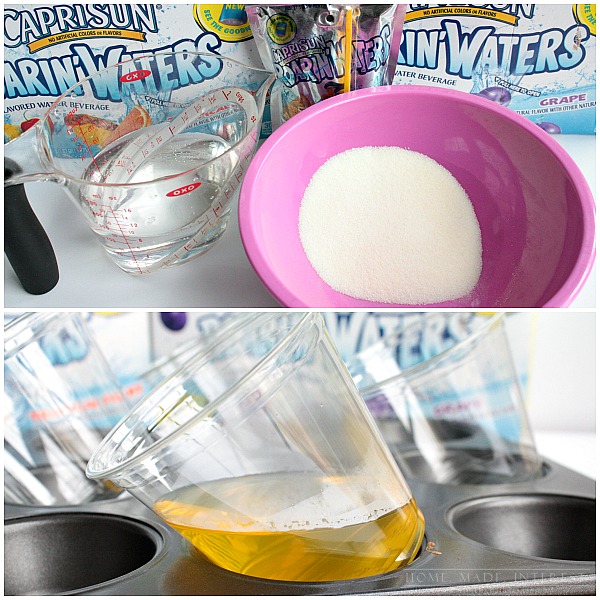 The SpongeBob’s Parfaits are the recipe I made with Capri Sun Roarin’ Waters. I used a small box of Island Pineapple Jell-O and added the powder to boiled water per the instructions. Then I substituted the cold water for cold Capri Sun Roarin’ Waters. To make the parfaits a little fancier I poured the Jell-O into small cups and used a muffin tin to hold them so I could tip them sideways and let the Jell-O firm up at a slant. When the Jell-O was ready I filled the cup the rest of the way with Cool Whip. 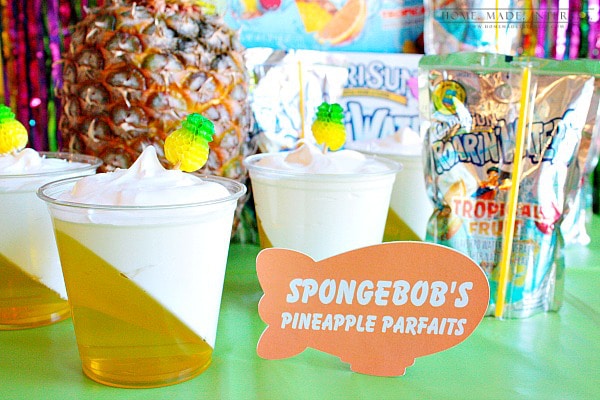 They were so good and I loved the way the slanted Jell-O looked in the cups! The kids all thought it was so cool and Jell-O and CoolWhip is always a hit.

Pineapple Jell-O with some extra tropical flavor from Capri Sun Roarin' Waters makes, this snack a hit with kids. 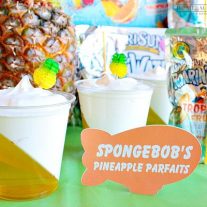 Nutrition Disclaimer: We are not certified nutritionists. Nutrition facts are an estimate and are provided as a courtesy. They are generated by an online API which recognizes ingredient names and amounts and makes calculations based on the serving size. Results may vary.
Author: Kat Jeter & Melinda Caldwell
Course: Dessert 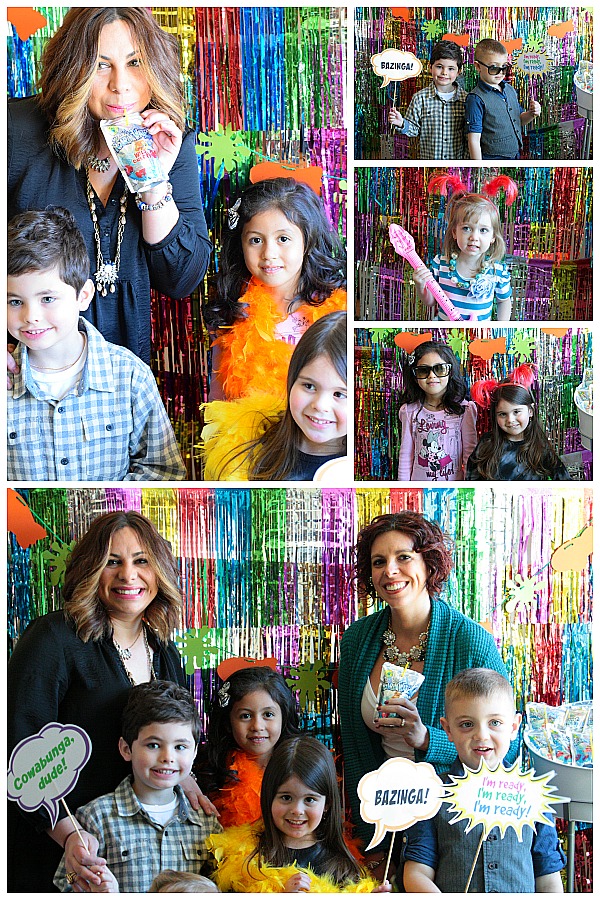 Our table backdrop doubled as a photo booth and all of our guests had so much fun posing for pics before the awards show started. Aren’t those some good-looking kids?! 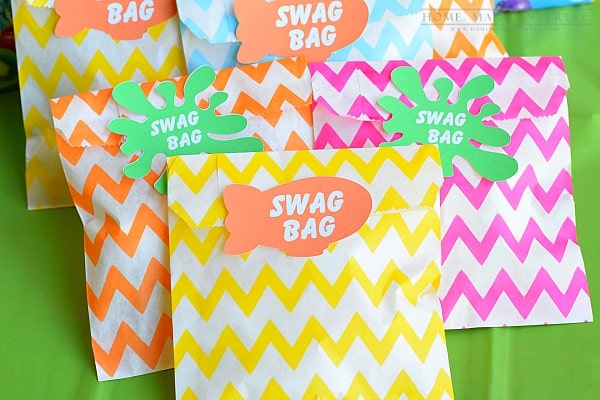 We do a lot of family movie nights and Saturday night dance parties around here so we all had our favorite shows/celebs/movies/songs that we were cheering for. The kids were all so excited when SpongeBob Squarepants took home the Favorite Cartoon Character award and I was glad to see Modern Family win for Favorite Family T.V. Show! It was such a fun night and we made sure to send everyone home with their own little swag bag that we filled with a cookie.

My kids loved every second of it and they were still talking about it the next day. I think we may have a new yearly tradition! 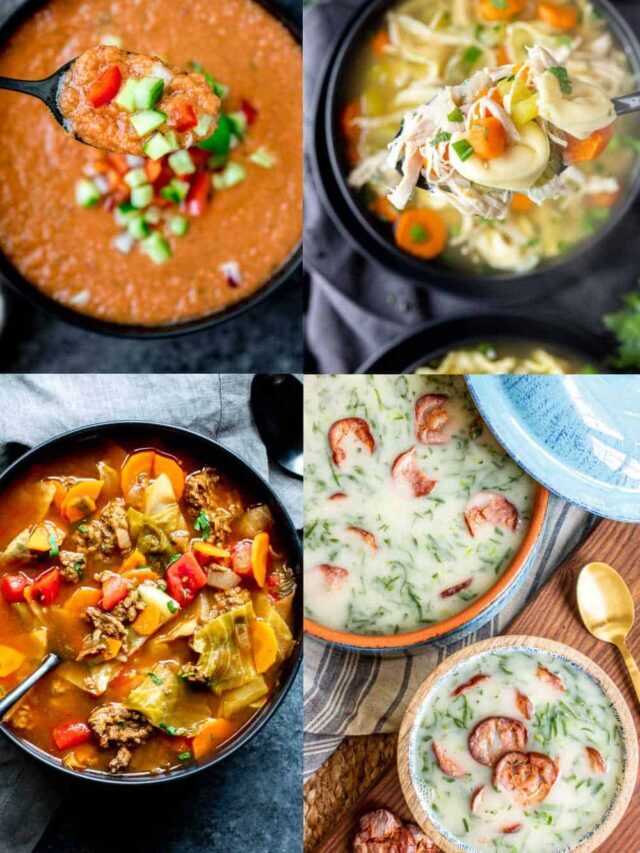