Apple Pecan Stuffed Pork Chops is an easy dinner recipe that is filled with fall flavors!

Do you ever have one of those recipes that you make and you just love it so much that you start coming up with ways to incorporate it into all sorts of other dishes? That’s how I felt about our Apple Pecan Stuffing. It is so good! From the buttery bread crumbs to the sweetness of the apples it’s just the bomb-diggity. It’s great all by itself but from the first bite I was trying to figure out what I could stuff with it.

This post was sponsored by Idahoan. All opinions are 100% my own. 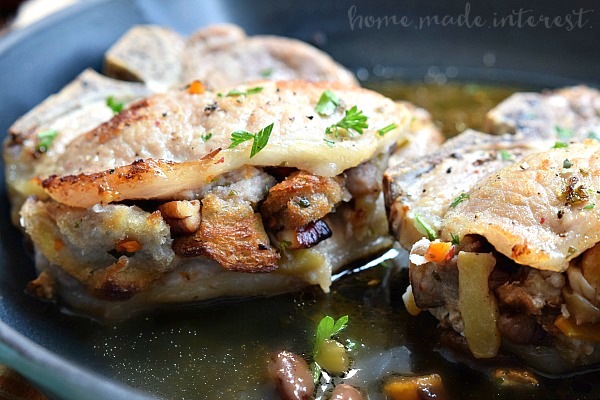 Traditionally it would go inside of a turkey, but seriously, who wants to cook a whole turkey if they don’t have to? Instead I bought a couple of thick, bone-in pork chops and fill them with the sweet, salty, buttery apple pecan stuffing. I seared the pork chops in a cast iron pan over medium high heat until the top and bottom where nice and browned and then I popped the whole pan in the oven where I finished them off. Wow! Guys, I can’t tell you how good these were! The stuffing gave the pork chops so much extra flavor and it helped to keep the pork chops nice and moist which can be a challenge with pork. 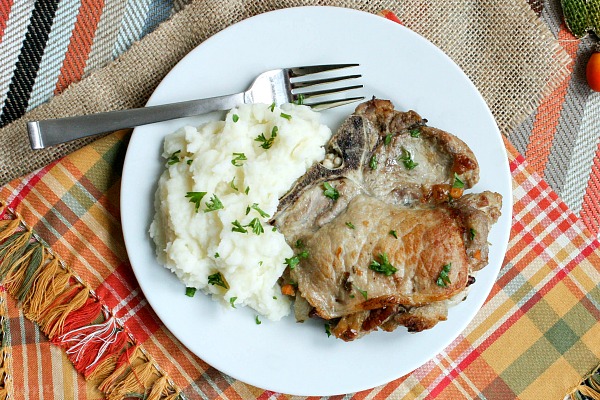 Pork chops, apple pecan stuffing, and a big helping of mashed potatoes turned this easy weeknight meal into something that tasted like a Sunday dinner. You know a recipe is a success when there are no leftovers! 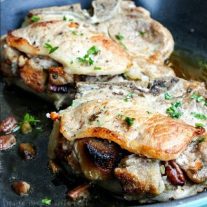 Nutrition Disclaimer: We are not certified nutritionists. Nutrition facts are an estimate and are provided as a courtesy. They are generated by an online API which recognizes ingredient names and amounts and makes calculations based on the serving size. Results may vary.
Author: Kat Jeter & Melinda Caldwell
Course: Main dish 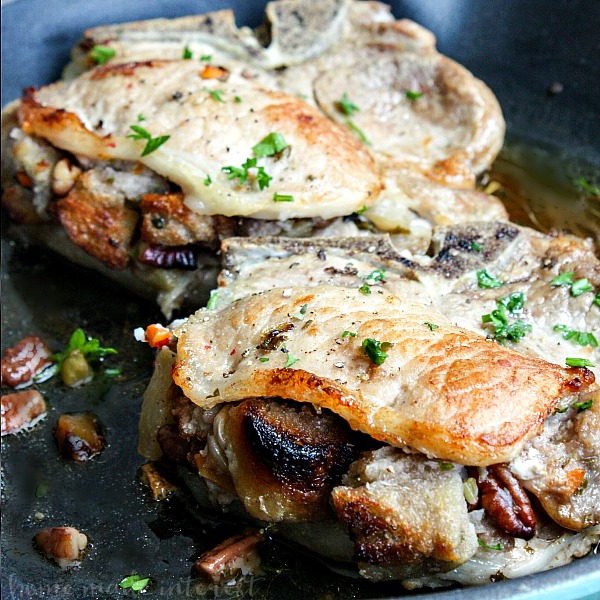