This rich and creamy Banana Cream Cheesecake Dip is a no bake dessert recipe that tastes just like banana pudding! If there is one thing that this southern girl knows how to make, and eat, it’s banana pudding! I say it’s a southern thing, I don’t know that it actually is. I just know that the best banana puddings I’ve ever had have all been in the south. I’ve got to include my mom’s banana pudding in that list. I’ll admit, I wasn’t a huge fan of it when I was a kid. Don’t ask me why. It’s delicious layers of pudding, and bananas, and vanilla wafers all piled on top of one another until all of the flavors meld together. I didn’t develop an appreciation for it until I was an adult and now I always have to give it a try when I see it on a dessert menu. Mom’s is still one of the best! 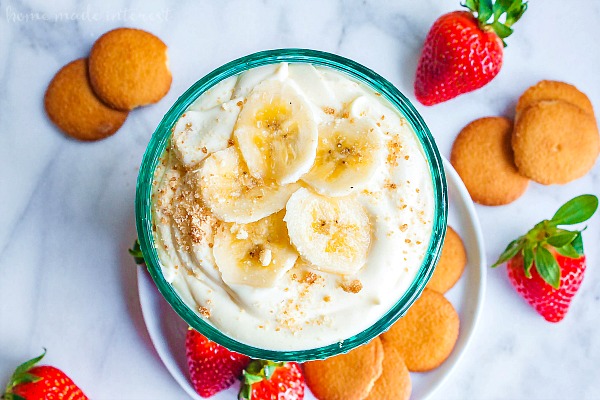 I’m going on and on about banana pudding because this super easy banana cream cheesecake dip is my own fun spin on the traditional banana pudding. It is a mix of vanilla pudding, fresh bananas, cream cheese, sweetened condensed milk, and whipped cream. The whipped cream gives it a creamy, fluffiness and to make sure it stays fluffy until the last bite I made stabilized whipped cream. It’s really simple to do you just add a bit of gelatin to the heavy cream as you’re whipping it and it helps the whipped cream hold it’s shape and keep it light and fluffy. While I made the whipped cream I added the vanilla pudding (I used a boxed mix to make mine and it was already chilled), cream cheese, and sweetened condensed milk to a large bowl and beat them together until they were smooth. Then I gently folded in the stabilized whipped cream. The last step was adding fresh banana slices which were also folded in. I wrapped the bowl in plastic wrap and refrigerated for an hour. That let all of those flavors meld together and really gave the banana cream cheesecake dip that banana flavor. 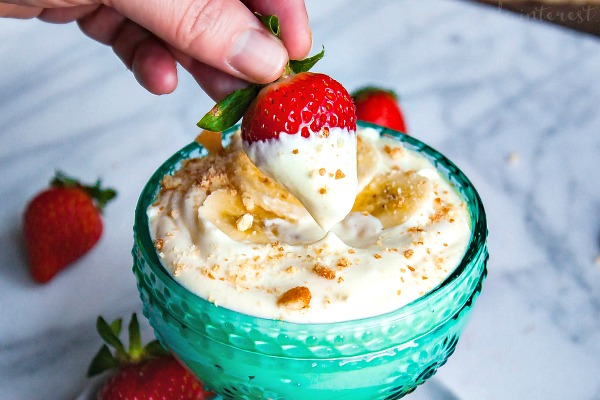 This no bake banana cream cheesecake dip is quick and easy to make and tastes just like a big scoop of banana pudding! 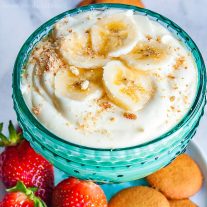 Banana cream cheesecake dip is a great no bake dessert dip any time of the year but especially for Easter! Make sure you give it a try. 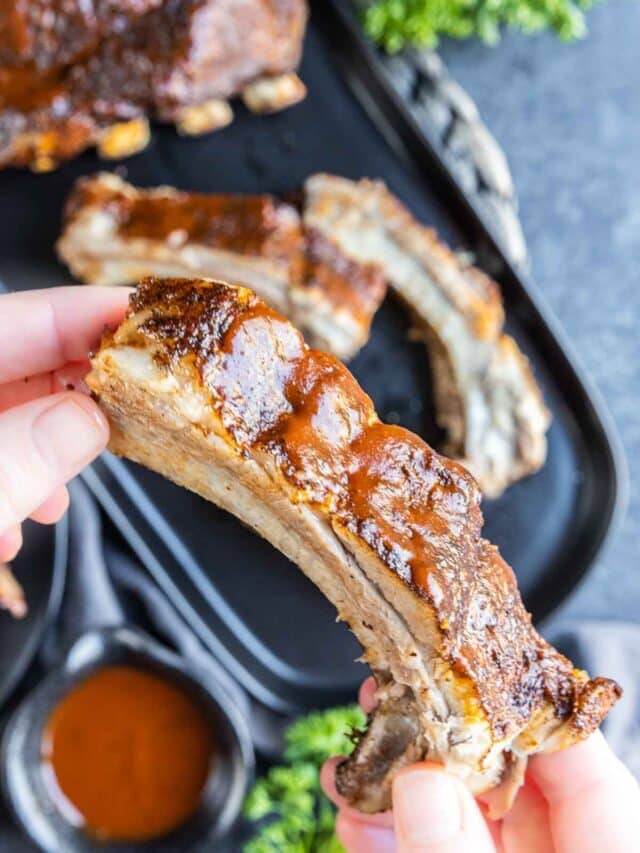