If you’re looking for an easy skillet meal this Chicken Enchilada Skillet Spaghetti is what you need!

I made this awesome Chicken Enchilada Skillet Spaghetti over the weekend and I couldn’t want to share it with you! Have you ever had one of those days when you want to make something new and different but you’re totally out of ideas? That was me this weekend. I love being creative in the kitchen, throwing together different ingredients and seeing what I end up with. I’ve been doing it since I was a teenager and now that I’m all grown up I’m experienced enough that most of my cooking experiments turn out pretty darn good!

This shop has been compensated by Collective Bias, Inc. and its advertiser. All opinions are mine alone. #MuellersMatchmaker #CollectiveBias 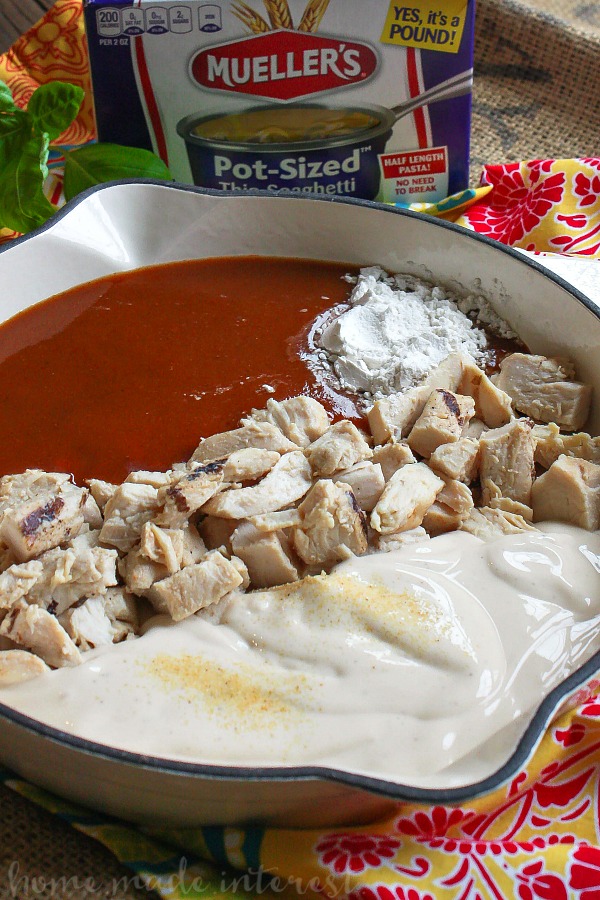 Let’s start with the one I did make, Chicken Enchilada Skillet Spaghetti. It already sounds amazing right? Enchiladas and spaghetti all rolled into one? It’s genius! And delicious, and surprisingly easy to make. All you need is a box of Mueller’s® Pot-Sized Thin Spaghetti , a can of enchilada sauce, a jar of Alfredo sauce, a little garlic powder, flour, and 2 cups of cooked chicken. I was so excited about the recipe ( I love it when I’m excited to make something!) that I ran out to Harris Teeter and picked up everything I needed. I already had some grilled chicken from earlier in the week in my fridge so I chopped that up but if you don’t happen to have any already cooked you could buy rotisserie chicken or canned chicken to save yourself some time.

Once you have all of your ingredients you place everything in a big skillet and bring it to a boil over medium high heat. When it reaches a boil you can turn it down to a simmer and keep stirring it while it cooks for about 10 minutes and thickens up. 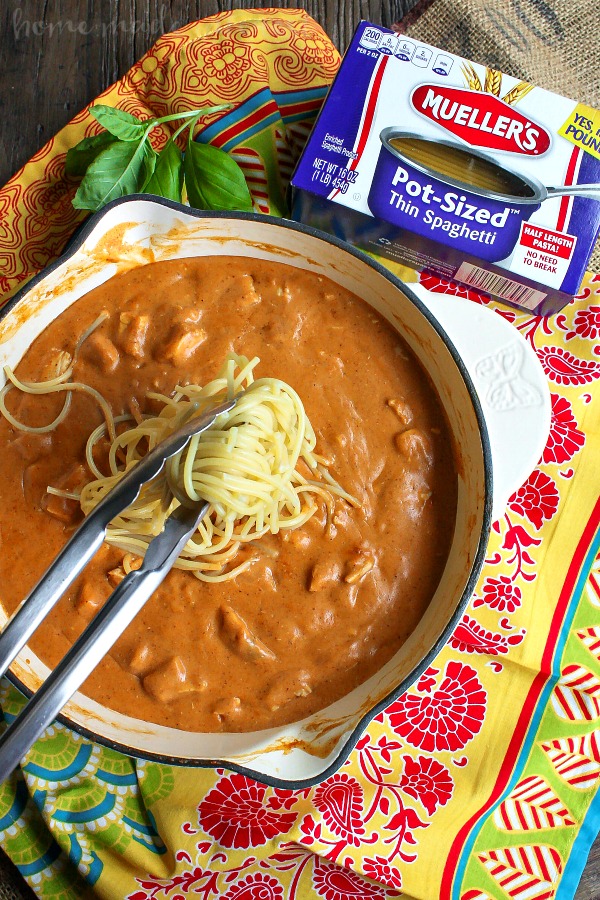 While the sauce cooks you can get a pot of water boiling and when it is ready you can drop in your Mueller’s® Pot-Sized Thin Spaghetti. Don’t you love pot-sized spaghetti? No more breaking noodles in half and having little noodle bits go flying across the kitchen. Oh? Was that just me?…nevermind ;). Drop the noodles in the boiling water and let them cook for about 10 minutes or until they are al dente. Drain the noodles and then drop them right into the skillet with your creamy chicken enchilada sauce. I like to use tongs to slowly twirl the pasta until it is fully coated with sauce and once it looks good and saucy it’s time to dish it out. 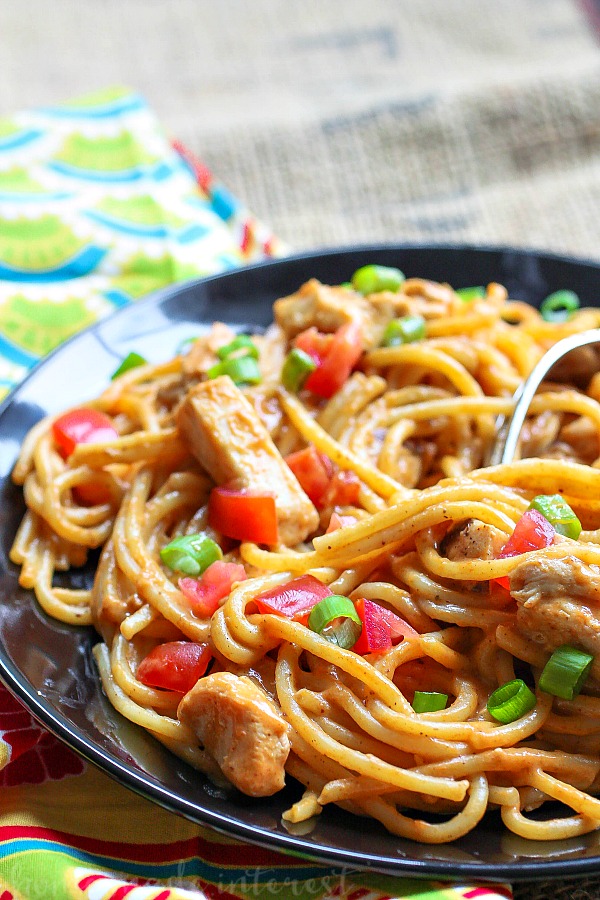 The thing I like about this type of recipe is that it leaves you lots of room to be creative. I added some of my favorite enchilada toppings, fresh tomatoes, and chives, and next time I think I might drop a little cheddar cheese in right at the end and maybe add a dollop of sour cream. This recipe is awesome as is and makes a great base recipe to build upon. My family cleaned their plates so it’s a keeper and I can’t wait to try one of the other recipe results I got from the Mueller’s® Pasta Matchmaker quiz this week. 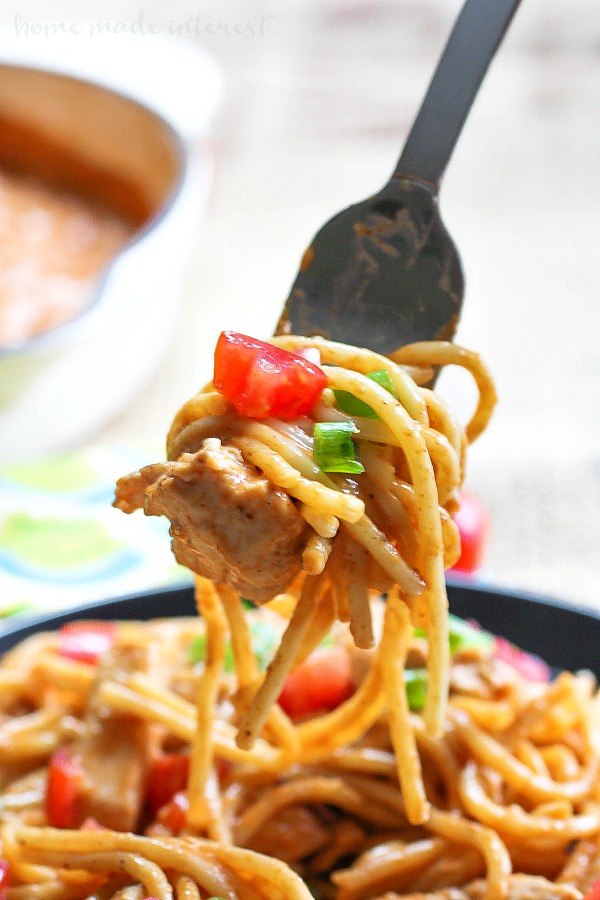 I want you to head over to take the Pasta Matchmaker Quiz right now. Make sure you come back and let us know what recipe you got and how it turned out! If you love it as much as I do you should also check out the Pasta Matchmaker Challenges, where you can put your own spin on a Mueller’s® classic recipe and submit for a change to win prizes. The contest dates are:

I think I’m going to give it a try it sounds like fun! 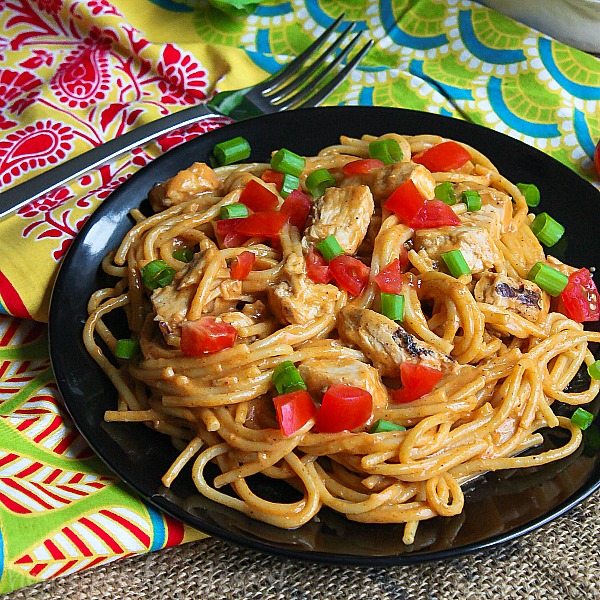 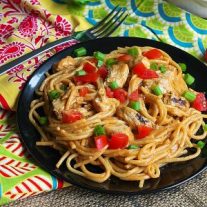 Go take the quiz then run out and grab some Mueller’s® pasta. I got mine at Harris Teeter but you can find it in the pasta aisle in stores nationwide. 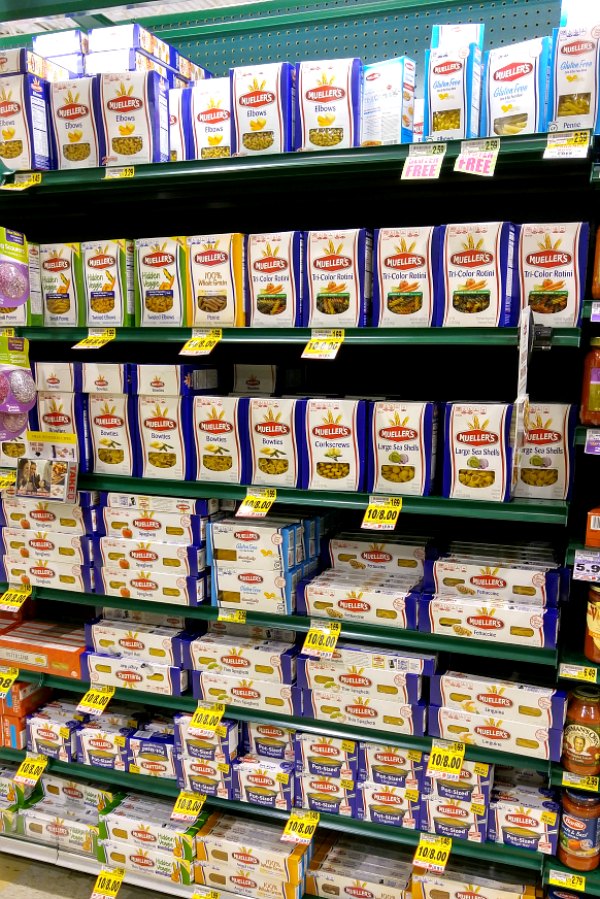 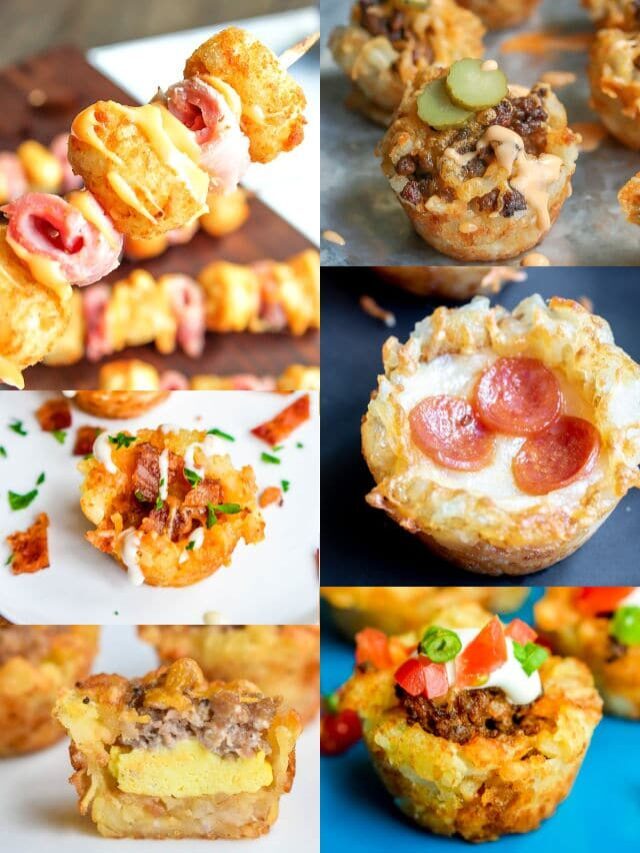