This recipe for Carrot Cake Cinnamon Rolls is an easy Easter brunch recipe filled with raisins, carrots, and cinnamon and topped with cream cheese frosting 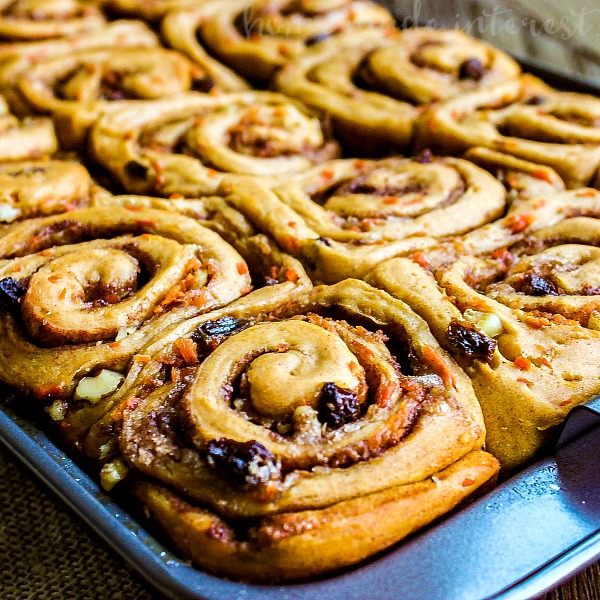 I’ve made homemade cinnamon rolls from scratch for years but I first tried making a specialty flavored cinnamon roll when Melinda and I made our Red Velvet Sweet Rolls for Valentine’s Day. I started the recipe off with a box of red velvet cake mix and I loved how easy it made getting that red velvet cake flavor into the cinnamon rolls. When I decided I wanted to try my hand at carrot cake cinnamon rolls I figured it worked once why not try it again? The carrot cake box mix is filled with raisins, carrots, and walnuts already but I added more because I think those are the best part of the carrot cake…along with the cream cheese frosting of course. 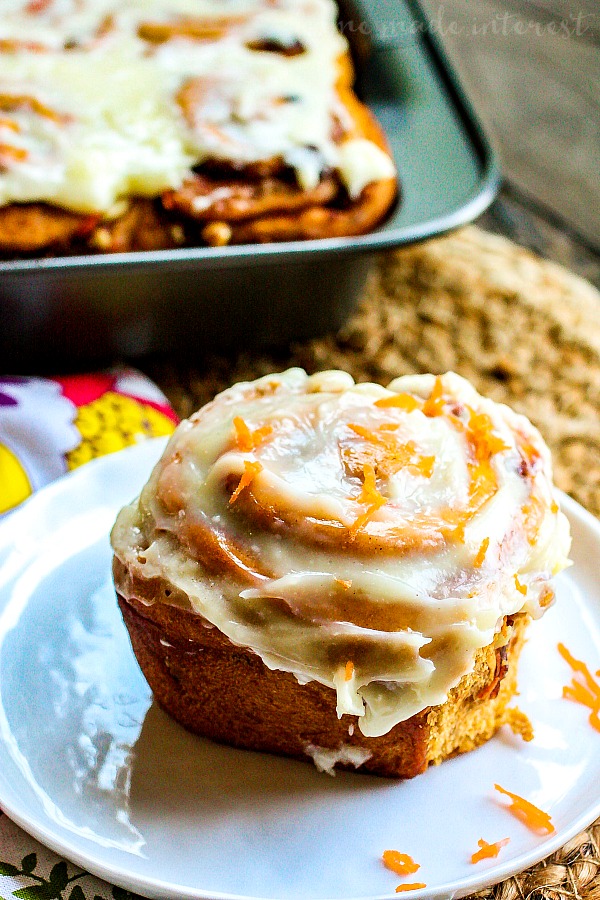 Cinnamon rolls take a little time to make and they can get a little messy but the are always totally worth it and these carrot cake cinnamon rolls are no exception. They start with a little yeast activated with warm water and to that you add a box of carrot cake mix, a little salt and about 5 cups of all purpose flour. All of that comes together to make a dough. Place the dough ball in a large bowl, cover it with a clean tea towel and let it sit somewhere warm to rise until it doubles in size (about an hour). Since my house tends to be cold I sometimes turn preheat the oven to 150 degrees F and then turn it off and let it cool with the door open while I mix up my dough.  then it has cooled down but is still around 80 degrees F by the time I’m ready to let me dough rise. I stick it in the oven, close the door and let the magic that is yeast dough happen. After it has doubled in size take the dough out, knead it back into a ball and let it rise for another hour.

When the dough has risen for a second time it’s time to roll it out. Sprinkle your counter top with a little extra flour and lay your dough ball on it. Use a rolling pin to roll it out into a nice rectangle. Don’t hesitate to use a little more flour on the dough and on your rolling pin I usually wind up working in about half a cup to a whole cup more flour by the time I’m done. 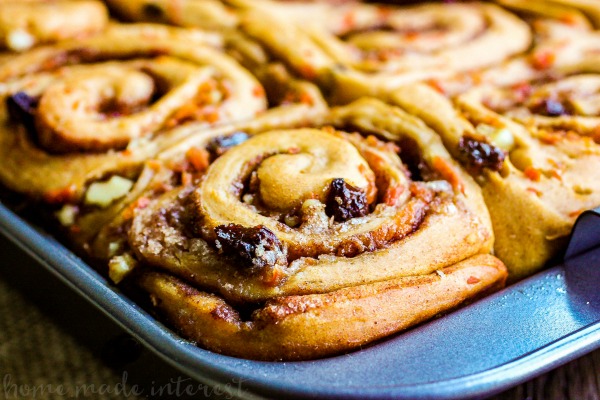 Once the dough is rolled out drizzle melted butter over it and then sugar, cinnamon, raisins, shredded carrots, and walnuts. Starting on one long end gently, but as tightly as you can, roll the dough up into a long snake-like roll of carrot cake cinnamon roll goodness. Cut 1 1/2 -inch thick slices of the cinnamon roll and place them in a greased pan. Then let them rise for about 30 minutes before placing them in a 350 degree F oven and bake for about 20 minutes. 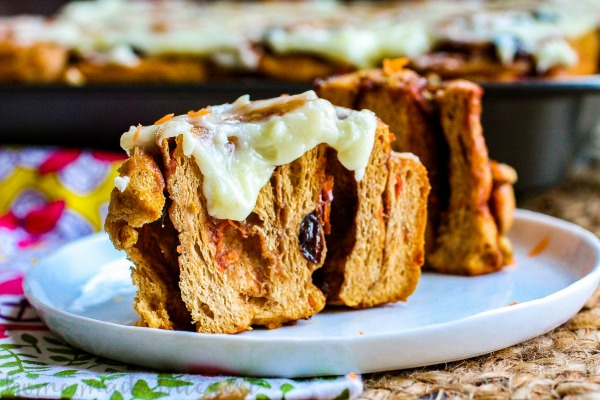 This recipe for carrot cake cinnamon rolls is an easy Easter brunch recipe filled with raisins, carrots, and cinnamon and topped with cream cheese frosting 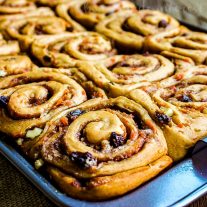 So what do you think? An awesome way to make cake for breakfast right?! If you’re looking for a few more delicious Easter recipes make sure you check out these! 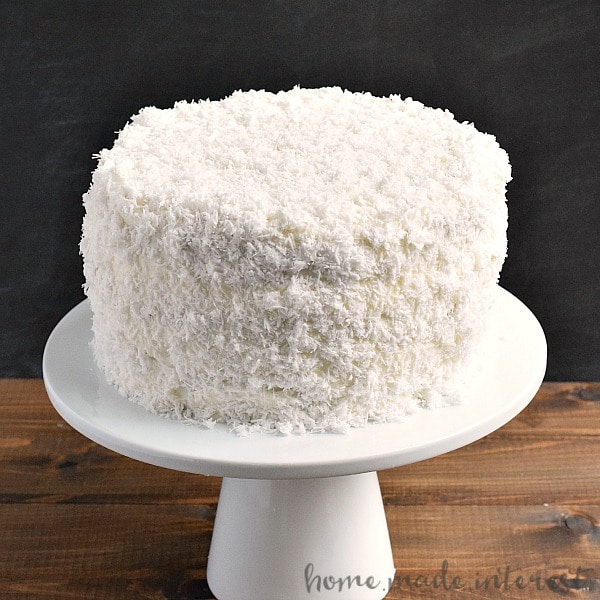 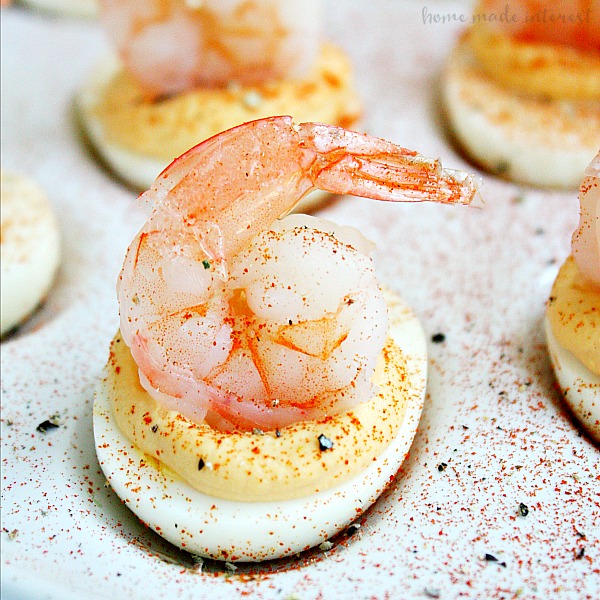 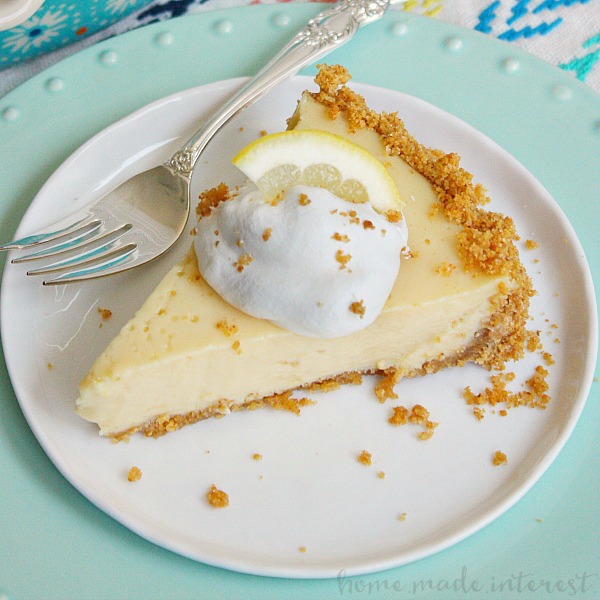 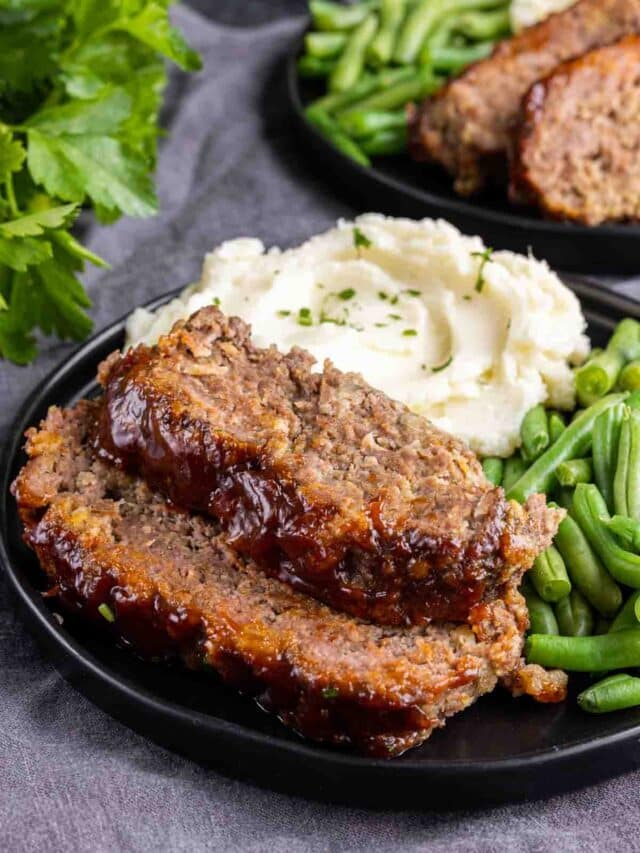