Panzanella Salad is an Italian bread salad made with crusty Italian bread and fresh summer tomatoes tossed in oil and vinegar. A simple panzanella is light, bright, and full of flavor! 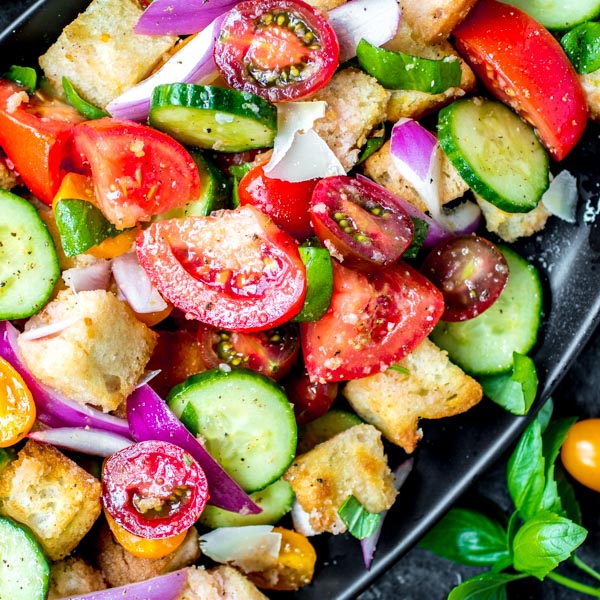 This beautiful Panzanella Salad is made for summer. It’s a simple Italian bread salad made with fresh tomatoes, a good bread that is slightly stale, or toasted, and a simple mixture of oil and vinegar. Traditionalists would say you stop there but panzanella isn’t fussy so you can add anything you’d like. I add cucumbers, red onion, and a little Parmesan cheese to mine. 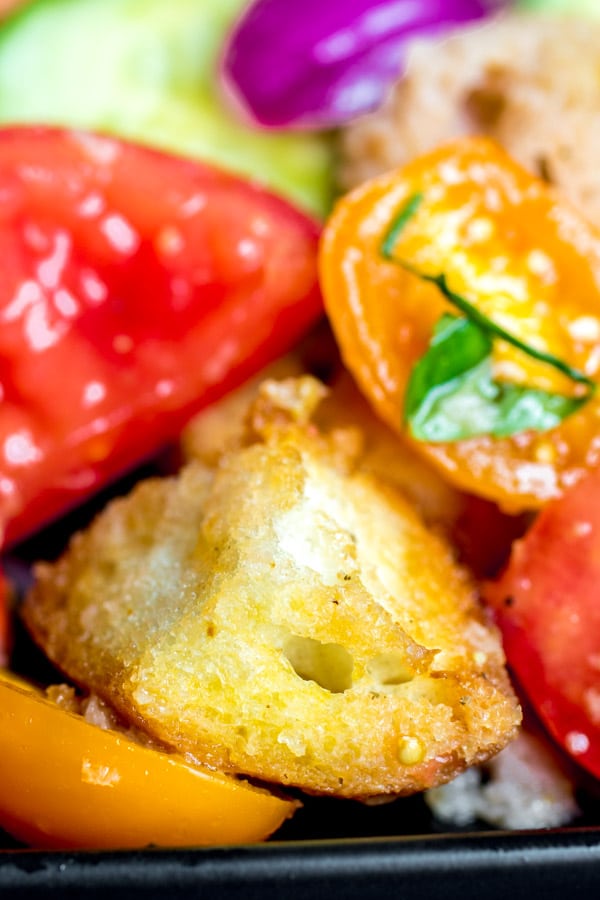 What is Panzanella Salad?

Panzanella Salad is a bread salad (doesn’t that sound like heaven?!) and was originally created as a way to use up stale bread. Personally bread doesn’t last long enough in my house to get stale so I toast mine in a little olive oil and then toast it slightly in the oven. However you get there what you want in the end is dry, crusty bread that will soak up the juice from the fresh tomatoes and soften slightly. 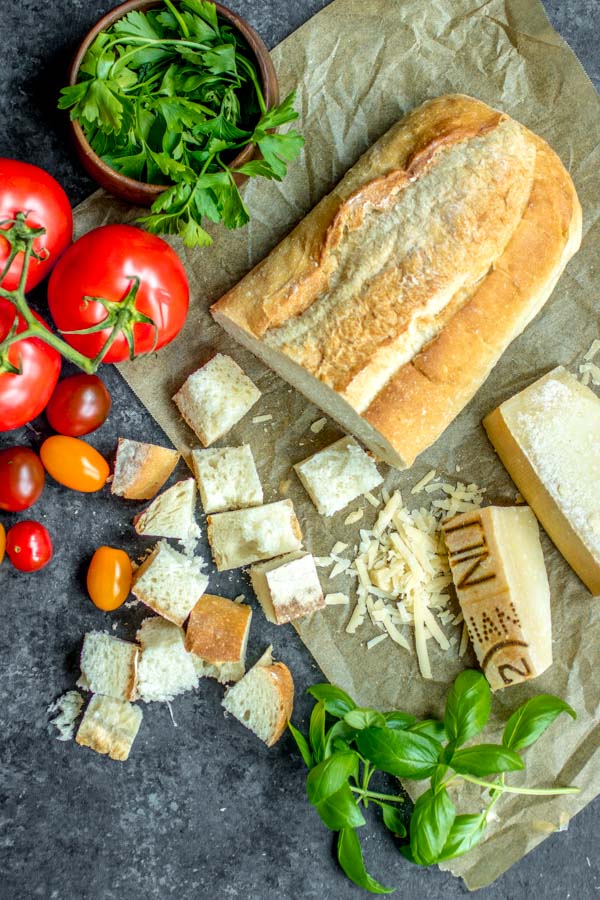 What bread should I use for a panzanella salad? 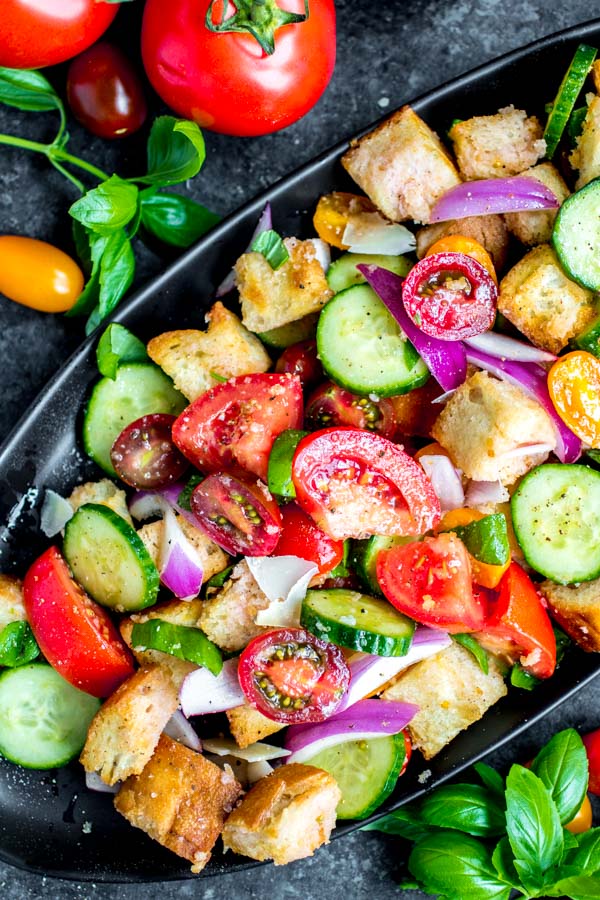 Speaking of tomatoes, Panzanella is all about the tomatoes. Fresh summer tomatoes are the key. Their bright, fresh flavor really makes this bread salad something special. Like I said Panzanella is all about that delicious bread soaking up the tomato juice and to get the best flavor and the juiciest tomatoes you’ll want to generously salt the sliced up tomatoes before adding them to the bread. This will bring out the flavor and make the tomatoes release their juices. Nothing is better than a perfectly salted tomato slice in the summer! 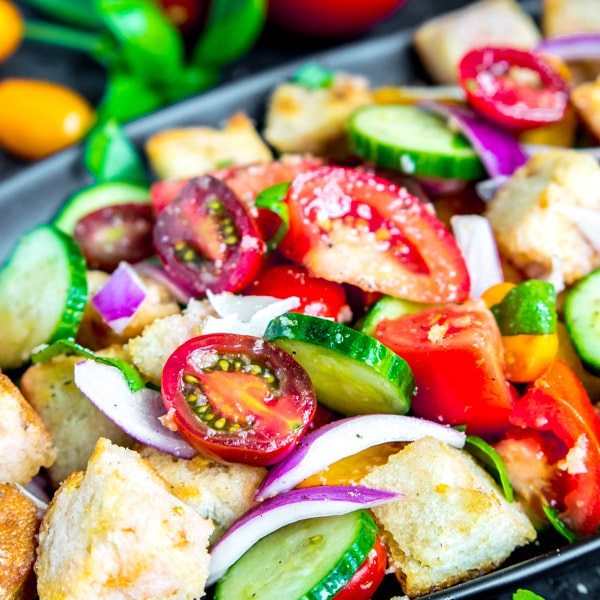 What else do you put in a panzanella salad?

When making a traditional panzanella salad you toss the bread and tomatoes together with oil and vinegar, and maybe a little basil but you can do whatever you want. Add vegetables like cucumbers, cooked asparagus, onions, or bell peppers. You can even grill some summer veggies to toss into the salad. You can even top it all off with some fresh grated Parmesan, because really, you can never go wrong with Parmesan cheese :). 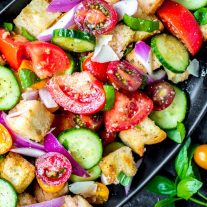