This post was sponsored by Starbucks as part of an Influencer Activation for Influence Central. I received compensation and complimentary products to facilitate my review.

This Hot Cocoa Baked Donut recipe is the best baked doughnut recipe around! A fluffy chocolate cocoa donut filled with marshmallow frosting and topped with chocolate ganache and toasted marshmallows.

Do you ever have one of those weeks when you just aren’t quite sure you’re going to make it? We recently had a record-breaking snow storm up here in Maryland and the family and I were stuck in the house for a week. That’s me, my husband, a 5 year old, a three year old, and two crazy Italian greyhounds. I’m sure you can imagine what it was like. We made a lot of Starbucks® hot cocoa, and watched a lot of movies, and around day 3 I was starting to get antsy so the kids and I went into the kitchen and started baking. 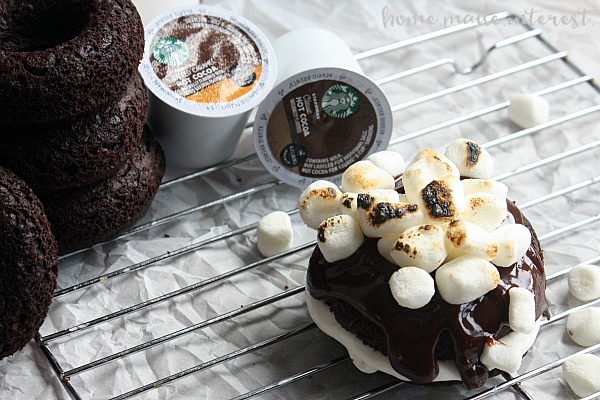 This post contains affiliate links. That means if you click on a link and make a purchase we may receive a small commission. Thank you!

I love being in the kitchen with the kids and I so seldom find the time to stop rushing around and just enjoy cooking and baking with them. I know that it won’t be long before they are too busy to want to help mom in the kitchen! Since Starbucks® hot cocoa and marshmallows were the running theme in the house for the week we made these crazy, over the top, chocolate-y, hot cocoa donuts baked  filled with marshmallow frosting and topped with chocolate ganache and toasted marshmallows. Pretty awesome right? 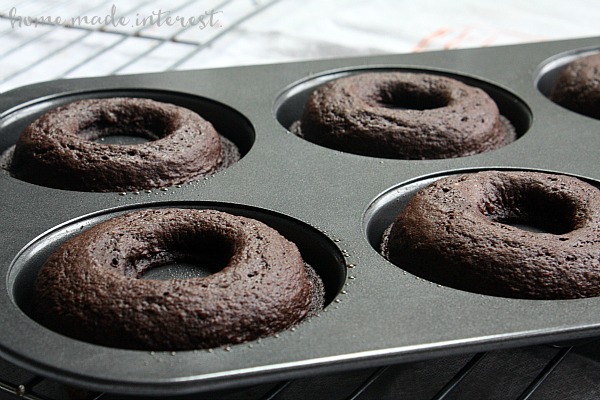 Now if you don’t have a donut pan (you totally need one they are so fun!) then you can just bake this recipe in a cake pan. Either way it is gonna be delicious! I added Starbucks® hot cocoa to the recipe in place of the water to make it just like an edible cup of hot chocolate. Starbucks® hot cocoa comes in two flavors Classic and Salted Caramel. Both are created especially for your Keurig® brewer, and each cup is made with real cocoa and non-fat milk for rich, creamy, chocolaty taste. I can’t tell you how much easier Starbucks® Hot Cocoa K-Cup® pods made my life during all of that snow!

Assembly was a cinch. I cut the donuts in half, filled then center with marshmallow frosting (so good!), put the top back on the donut, poured chocolate ganache over it and topped it all off with mini marshmallows that I toasted with a brulee torch. I’m not even going to tell you how excited I was to get to use my new torch, and you should have seen my kids faces when I lit it up and toasted the marshmallows, it may have been the highlight of their day. 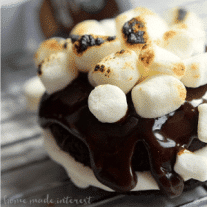 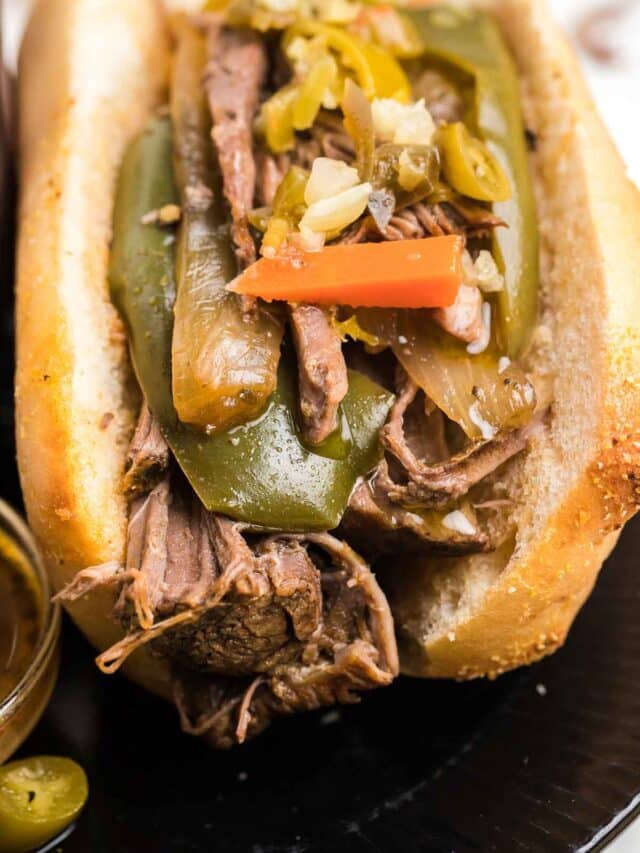